facebook
Email
Pin It
gplus
Reddit
***
Digg
twitter
Gshare
SatAM is perhaps best-known for airing on ABC in the United States of America, but it also aired on several other channels around the world after its initial run in the 1990s. This page will list the full history of all channels that have aired it at one point or another in the past.

The full list is organized by country, with logos of original broadcasters to the side:

In North America, SatAM first aired as an ABC network cartoon from September 18, 1993, until May of 1995. In Canada, it ran on the CTV network, typically alongside ABC. In areas where there were no CTV affiliates, the show ran on independent stations.

SatAM also aired initially on Channel 4 and The Children's Channel, before airing on POP and ITV2 in England. In Continental Europe, the show aired on various networks, becoming quite popular in the European countries.

SatAM also aired in South Korea, Japan, Asia, Taiwan, Malaysia, and Australia, becoming very popular in the land down under. While its popularity may have since faded from the Asia-Pacific region, SatAM is still on the air in Brazil on SBT to this day. 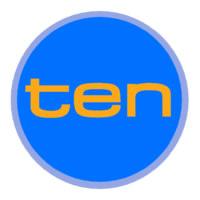 Missed Sonic & the Transformers CH2 Part 3? Click here to read it But unbeknown to Borf and his minions, as they made plans to strike out at the dam and power plant station that supplied electricity to New...

SONIC AND THE TRANSFORMERS EPISODE 2 PART 1 - Missed the conclusion of Episode 1? Click here to read it.It all began with Sally Acorn the wife of Ace Robotnik showing her husband and their kids...

Missed the end of Sonic and the Transformers Chapter 2? Click here to read it. COUNCIL WOMAN: Good job in adding more stolen resources to your collection. BORF: Thank you boss. <kneels in her...

SONIC & THE TRANSFORMERS EPISODE 5 - Chapter 2: Part 3. Missed the second part of Chapter 2? Click here.Meanwhile...the MonStars had made their way into the Command Center unopposed or...